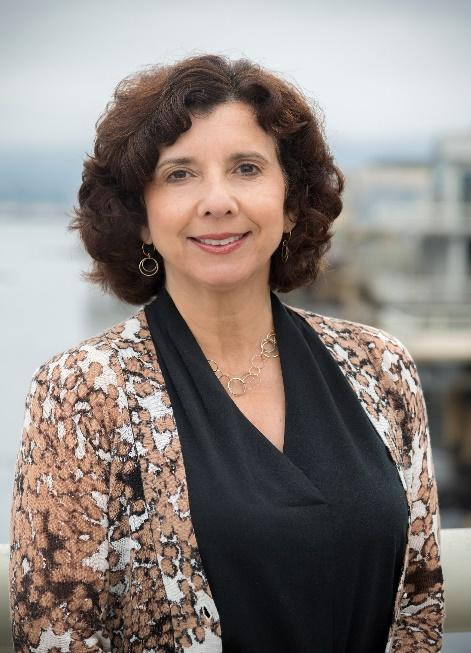 Advisor | Monterey Bay Aquarium
“While I was enjoying my childhood I realized that there were people less lucky than my family. Why was this happening?”

Lorraine sees herself as an almost “anchor” baby. Because, although she was born to teen immigrants in Brooklyn, New York, Lorraine’s parents decided to not “cash in” on the benefits of a U.S.-born kid and, instead, decided to migrate back to Central America (by way of Honduras and finally to San Jose, Costa Rica). Lorraine also credits this move with her avoiding an East Coast accent! In Central America, she enjoyed a childhood filled with cafetales, developing a love for coffee in the field next to her house, and traveling literally over-the-river-and-through-the-woods to the playas. Growing up, occasionally a child would knock on Lorraine’s family’s door asking for a drink of water or some food. This was her first exposure to the inequities of this world, and it lit a spark in her.

The spark grew to a fire when Lorraine’s parents moved the family back to the U.S.—this time to Southern California. And although her parents didn’t finish high school, there was no question that Lorraine would attend college. At Loyola Marymount University, she learned about Liberation Theology and gained the skills to address diversity and equity issues. As a Communications major, she utilized her “Hispanidad” and bilingual skills to promote issues and causes while working in the entertainment industry. During this time, Lorraine also met her husband James, then came along their two children (now both making their way in San Francisco and Los Angeles).

A move to Northern California provided Lorraine with an opportunity to work at the Monterey Bay Aquarium as their first Hispanic Marketing Coordinator. She was given free rein to grow this audience, and is proud to have increased it three-fold in 14 years.  While Lorraine’s role has changed at the Aquarium, equity and access issues continue to push her. She is the Aquarium’s Director of Multicultural & Inclusive Marketing. She welcomes opportunities, such as serving as an advisor for GENIAL: Generating Engagement and New Initiatives for All Latinos, and now with Cambio.  She also serves on the advisory board for SIEMBRA (a Field of Interest Fund for the Community Foundation of Monterey County) and, for fun, has recently signed up for flamenco dance classes. Lorraine also loves puppetry, and created her own puppet Carmen (inspired by the Brazilian ChikiBoom entertainer by the same name—the gal with the fruit hat on her head)!