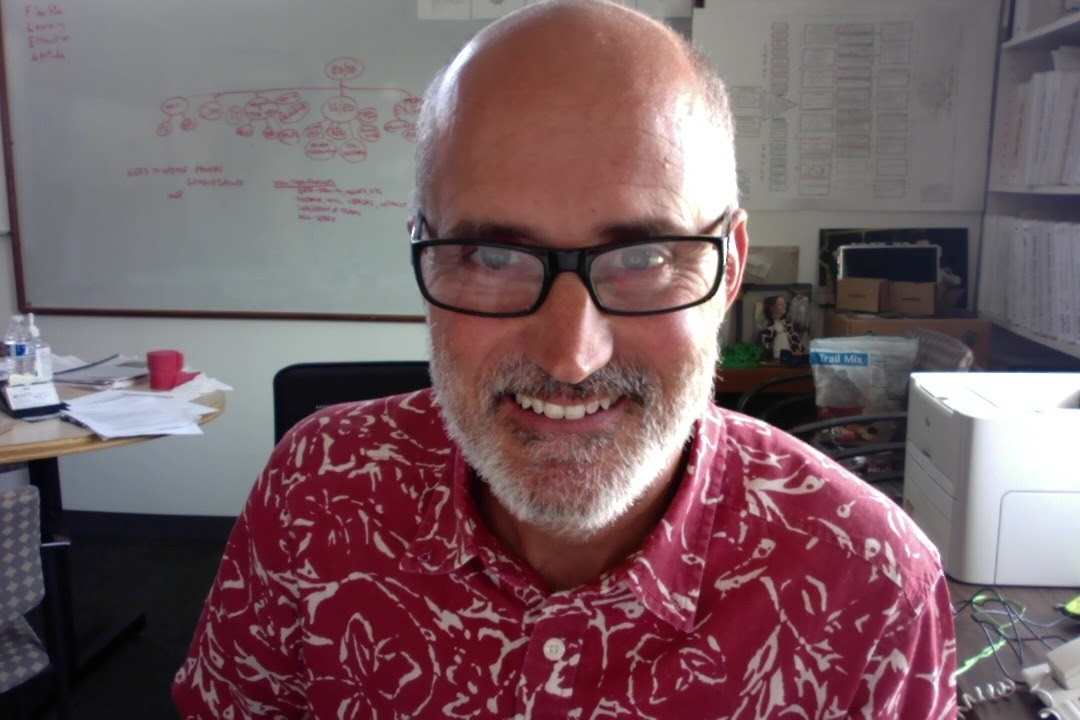 Advisor | Exploratorium
“Experiential learning is an experience every child should have access to, especially when it comes to STEM.”

Joe grew up in many places—Virginia, Hawaii, and Colorado, to name a few. The exposure to so many schools and people with varying rituals and norms—sometimes feeling like an insider, more often like an outsider—made him acutely aware of issues related to culture and power. He went on to study at Stanford University, where a chance visit to the Exploratorium opened a door to the world of hands-on learning just as his interest in formal learning was starting to ebb. Joe switched majors to mechanical engineering, graduated, and moved to San Francisco to work at the place that helped him see a new way of understanding the world. After banging on the door for six months, he got a job picking up parts for the group charged with replicating original Exploratorium exhibits for other museums across the US and around the world. Over 13 years, a $7/hr part-time job turned into a career.

Joe worked in a variety of roles at the Exploratorium, wrapping up his time there as the Director of the Center for Museum Partnerships. From 2006-12, he ran the Don Harrington Discovery Center, leading a $10-million facility, exhibition, and program renewal project. Since 2013, as the Executive Director of Explora, a hands-on learning center in Albuquerque, New Mexico, Joe works with a talented staff of educators, exhibit builders, and high school interns to create opportunities for inspirational discovery and the joy of learning through interactive experiences in art, science, and technology. He and his team are building a Cradle Through Career STEAM Learning Campus, starting with a teen workforce development center called X Studio and an early learning center called ¡Brillante! The vision of the new campus is to  improve the quality of life for young children, close the opportunity gap, and create pathways to prosperities for teens and their families.

Joe is also a Noyce Leadership Fellow and serves, or has served on, a handful of  boards including the Association of Children’s Museums, Association of Science and Technology Centers, Amarillo Habitat for Humanity, Twirl Play and Discovery Space, and the Taos Youth Soccer League. He lives in Taos, New Mexico, and in his spare time, he likes to fix things, rock climb and ski with his family, and travel.